The True Power of a Strong Brand

The TRUE power of a strong brand…latitude.

If the last 90 days have taught me anything, it has been an affirmation of a belief I’ve held over time, now made stronger: A strong brand can help overcome obstacles, mistakes and occasional sub-par service. My journey to affirmation began in early June, spurred on by the Apple MacBook Air that I’ve had since 2013. I blame my art department for the coin toss that moved me from a lifelong PC guy to a Mac guy…after all, what self respecting Mad Man rocks a PC when they can dress in black, act moody and Mac-up?

The learning curve was steep…if you have ever made the move from PC to Mac, it is akin to learning a new language, in a new land, where gravity and atmosphere are both different. Our IT guy refuses to work on anything Mac. I’m on an island. To quote Vince Vaughn in  one of my favorite mindless comedies, Couples Retreat, “Save yourselves, go to shore, it’s too late. They got me, it’s only a matter of time.”

Fast forward seven years. The old Mac is in struggle mode now for last 6 months. Spinning rainbow wheel of death. 6-7 reboots per day (because I am 92% an IT guy at this point with my mad reboot skills). So I dust off my wallet, call the Apple store with the intent of lacing up on a new MacBook Air. I have been told that an appointment was absolutely necessary, so I tried to make one online but that doesn’t exist. Ironic? The phone tree is enough to dissuade an elective shopper…the robot can’t understand one word commands, yet is still makes fake typing noises as if comprehension occurred. Yes, then please Apple, put me on a 15 minute hold to talk to someone clearly not at the store of my choice. “We don’t take reservations anymore, just go to the store of your choice, and it is first come first serve.” To quote the convenient store clerk in Raising Arizona…”Ok then.”

The parking garage at the Galleria Dallas is at 5% capacity, hours reduced for the mall proper, Nordies is a ghost town. But the line at the Apple store is STRONG. I roll in during my lunch hour, hopeful for a quick consult on my needs. Of course, this was not to be.  After being reminded about mask requirements, I was passed to the next automaton who promptly asked if I had a reservation. Layers of rage, the kind of layers and time necessary to make sedimentary rock…those exist in me. But I eat them, go back to the office. Am I defeated? Nope…the brand is strong in Apple, so I go online and throw money at my problem, and pick up a new MacBook the next day.

Why? They have spent 7 years earning it with me. They made mistakes this past week…and I forgave them. They have been good to me, have fit my needs. Told me in subtle ways that I am their people. The brand aligns with my ethos. They have the ultimate brand currency…latitude. Have you communicated your brand in such a way that it has earned you latitude? To flex to make the occasional mistake? In times of struggle, that latitude is worth diamonds, gold, bit coin, you name it. Earned over time, only time. Truth be told, I’d trade some skill, some knowledge for latitude. On the very plus side, clients that have been around us for 10-20-30 years now afford us this grace, this latitude. Every brand should have this long-game in mind, earning the trust with their consumers to endure the hiccups and bumps that inevitably populate the road. 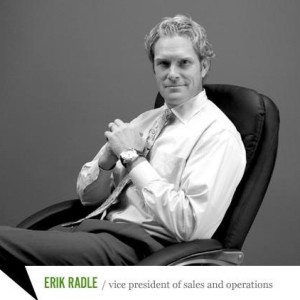