The Effects of Celebrity Endorsements

In today’s age, a company must be transparent and relevant to its consumers. To do so, many brands choose to sponsor individuals to represent their brand and what they stand for.

In today’s age, a company must be transparent and relevant to its consumers.

To do so, many brands choose to sponsor individuals to represent their brand and what they stand for. Sponsoring athletes in the 2016 Rio Olympics is no different, especially because it is such a major event that is relevant to millions of people around the world. For advertising, this can be a big boost in sales and brand image. So naturally all the big brand players want in on the action.

The Ryan Lochte scandal had an adverse affect though, looking bad on the U.S. and his sponsors alike. In this scandal, Ryan Lochte and two fellow Olympians falsely reported a major crime of robbery by an impersonating Brazilian police officer. Through the investigation, police found the accusations to be false and instead the men had vandalized a gas station bathroom. Not only was there shame in what occurred from the lies, but it created a storm of anger throughout Brazil, making them seem like a violent country unfit to host the Olympics.

This caused four big sponsoring brands who supported Ryan to drop him publicly and distance themselves from his newfound negative image. Naturally this makes sense in regards to advertising for the sake of the company’s brand. They would not want their brand tarnished by someone they elected as a brand ambassador on their behalf; especially since the Olympics are seen worldwide, the backlash Ryan was receiving was seen with it. But this is a risk any company makes when using a person, a human being, as an image for their brand. Because people make mistakes, just as Ryan did.

Now comes to mind the proverbial phrase, “When life gives you lemons, make lemonade.” One such company did just that with Ryan’s situation, picking up his sponsorship. Using his never ending public apologies and the pleas for forgiveness, they created a campaign for ‘Forgiving a sore throat’.

Who was this company? Pine Bros. Softish Throat Drops. With this outside-the-box thinking, good advertising was able to spin a bad situation into a leveraged campaign benefiting the company and the person involved for the better. Though the situation itself is based in negativity, Pine Bros.’ intention was to spin his bad situation into a positive light.

Who doesn’t make mistakes? We are all human.

Here advertising is used to save face for an entire nation and not just put more money into a company’s pockets.

PrevPreviousA Lot of a Little, or a Little of a Lot?
NextPointless over-promotion is making the blockbuster lacklusterNext 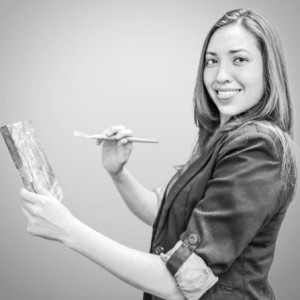