We are fast approaching Super Bowl Sunday and, though the Packers didn’t make the cut this year, I will still be tuning in. However, I’m not sure who I am rooting for now. Actually, scratch that, I am rooting for whichever team helps me win the office squares.

The Super Bowl has become a staple in American culture. Millions tune in to watch each year, some for the game, others for the commercials, and then, of course, there’s the crowd solely watching for the halftime performance. Will Justin bring out Janet this year? We need a reunion.

From an advertiser (especially one spending millions of dollars on a spot) the biggest factor is ratings. How many people will be in front of the television on Sunday? Over the last three years the television ratings and number of viewers for the Super Bowl have gradually been decreasing. Will 2018 follow this same pattern?

The 2017-2018 NFL season found itself in the middle of the rising tensions in America following the 2016 presidential election. With a number of players opting to take a knee during the national anthem, teams were put in a position of choosing between supporting players’ rights to protest or risking to upset their fan base, many of which are conservative. All eyes were on the Dallas Cowboys this past September when they played the Arizona Cardinals. The team, including players, coaches, and Jerry Jones, took a collective knee prior to the playing of the National Anthem. The participation of Jones (a staunch conservative), who had been a vocal critic of the protest, was especially surprising.

Did the protests truly affect ratings though? If you’re the “Good Ol’ Boy” network, then the answer is yes. However, NASCAR’s ratings are down 17 percent, and there are NO bubba’s kneeling there.

Some suggest that the public becoming more knowledgeable of the risk NFL players face when playing football is causing drops in ratings. Concussions have now been linked to CTE, which is similar to Alzheimer’s. This concern has affected Pop Warner (Little League) football participation, but it’s doubtful the 54-year-old guy on his couch cares that million dollar players get headaches or CTE 20-years after they’ve hung up their cleats.

Overexposure could also be the reason for lower ratings. Simply put, there is more NFL these days than anybody asked for.

However, the most likely reason: fragmentation. The media landscape has been changing for years and will continue to do so. There are simply more options available to viewers that may be more entertaining. Besides, it isn’t just the NFL that has seen a decrease in ratings. The Big Four are also down. ABC is down 11 percent, NBC has dropped by 4 percent, CBS by 6 percent, and FOX is down a whopping 20 percent for the fall season.

The cost of cable and alternate delivery systems continue to rise, and many customers have cut the cord. Some millennials didn’t bother to buy the cord in the first place. Also, to be frank, there is better programming. Between HBO, Netflix, Hulu, Showtime, and Amazon, the sports entertainment landscape is eroding. Social media has changed the need to watch the game live. Why do I need to keep up with the game on TV when I can just follow the hashtag on Twitter?

We speculate that it’s politics or concussions that have caused the ratings to stumble. It’s not though. It is a symptom of a bigger, longer-lasting problem all traditional media is facing. In the end, the consumer decides your fate. If the NFL wants to increase viewership then they must make some big decisions on where and how they are presented. 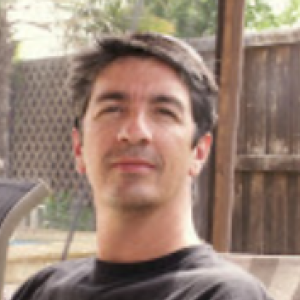