Everyone enjoys a rip-roaring summer blockbuster movie, right? It’s the perfect chance to grab some popcorn, and at least for 90 minutes or so, forget about your day-to-day worries and immerse yourself in fantasy, adventure, and excitement.

Everyone enjoys a rip-roaring summer blockbuster movie, right? It’s the perfect chance to grab some popcorn, and at least for 90 minutes or so, forget about your day-to-day worries and immerse yourself in fantasy, adventure, and excitement.

As of the date of this post, according to boxofficemojo.com1, a little over 7 BILLION dollars have been spent in the U.S. by film-goers so far this year (not counting rentals, in-store or online purchases), and almost half (3.2 billion) of that total was spent during the summer months (June through August) alone.

With the ever-rising popularity of superhero movies and the always popular action genre thriving, it seems that American audiences just can’t wait to catch a glimpse of what Hollywood has in store. Ask some major Hollywood production companies who measure a movie’s success in terms of dollars, and this isn’t always the case. So, why are these seemingly highly-anticipated films flopping? Two words, over-promotion.

Here are some of the flops:

Teenage Mutant Ninja Turtles 2: Out of the Shadows

From mid-April 2015 to late-May 2016 the market was oversaturated with promotional tactics and merchandising efforts. In all, 22 trailers were released at events, on television, or online in that span of time. A toy catalog for the film was leaked online. A 30-second TV spot premiered at the 2016 Super Bowl (that must have cost a pretty penny). On February 25, 2016, Megan Fox and Stephen Amell announced a sweepstakes for the film. Will Arnett debuted the first official clip at the 2016 Kids’ Choice Awards.  New footage of the film was also shown at WonderCon. Paramount also released a trailer, which aired during the May 30, 2016 episode of WWE Raw since Sheamus was in the film as Rocksteady2.

With all of this promotion, the movie was being hailed by critics and fans alike as a sequel that would be even better than the extremely popular (and highly-lucrative) first installment. TMNT 2 was filmed for a whopping $135 million, but brought in only $125 million worldwide3. $10 million isn’t really a lot by Hollywood’s standards, but let’s face it, a loss is a loss. Yet, this failure doesn’t even take into account the unknown millions spent on promotion and product placement. So what did they get in return for their money? A financial loss, a year full of useless over-promotion, and a once-popular franchise that subsequently sunk into the sewer.

In 2001, the movie “Zoolander” (starring Ben Stiller, Owen Wilson, and Will Ferrell) became an instant hit and continued a string of comedic successes for Stiller. 15 years later, “Zoolander No. 2” was released to the delight of some and the chagrin of others.

Paramount invested in a worldwide marketing blitz and partnered with Fiat Chrysler to feature Derek Zoolander on their advertising campaign for the Fiat 500X. In addition to Paramount’s ad push, Zoolander 2 had numerous promotional tie-ins with Fiat, Cîroc Vodka, a Zoolander skin-care line at Kiehl’s, Samsung and more. There was even a Blue Steel Selfie app. Ben Stiller and Penélope Cruz also appeared in character in the February 2016 issue of Vogue4.

Even with this promotional blitzkrieg, the movie which cost just over $50 million to make, only returned a paltry $55 million worldwide. You may say, “Well, they made $5 million,” but when you take the promotional costs into account, the movie actually lost money. Due to these losses (and the bombing of “Whiskey Tango Foxtrot,” total losses of the two equaling $136 million!) Viacom, a minority owner of Paramount, pulled up stakes and sold their interest in the company.

These are just a couple of examples of the nuclear fallout that comes with a Hollywood flop. Maybe the simplest reason for the failures was that these just weren’t very well-made or well-acted. But maybe the reason is, that by the time the movies were actually released, the hype had grown so substantially and the expectations so overblown that when audiences finally screened the finished product the hype just didn’t live up to the expectation. Unfortunately, this has become a common trend in Hollywood.

It seems to me that Hollywood needs to go back to the tried-and-true adage of ‘–always leave them wanting more.’ Because, as in the case of these two franchises, when movie producers roll the dice on over-promotion and give the public too much of their product, quite often, the common outcome is less income. 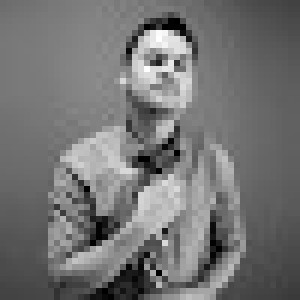