According to McLuhan, the phrase means “Each medium, independent of the content it mediates, has its own intrinsic effects which are its unique messages.”

Media theorist Marshall McLuhan said, “The medium is the message” (not to be confused with “The Medium is the Massage,” his 1967 book that he published in ironic acceptance of the typo. According to McLuhan, the phrase means “Each medium, independent of the content it mediates, has its own intrinsic effects which are its unique messages.” McLuhan emphasized that a message’s medium should be the primary form of study.

As the world continues to change day by day, I find myself thinking about this sentence and its relevance. Anyone alive today would agree that we have so many more mediums today than in 1967 – social media being the most recent (which acts as an umbrella for even more mediums, like tweets, videos, infographics, etc.).

While each time period has its own calamities and successes, 2020 has proved itself as unique. Throughout the COVID-19 pandemic, I watched television and browsed social media often. Although several of the mediums were similar – television, Facebook, Twitter, Youtube – I, and many others, noticed an underwhelming pattern of unoriginality in advertisements.

Many companies followed the same formula: somber piano music, images or videos of a usually busy location now left empty, an affirmation that said company is “here for you,” hopeful piano music, then faded to black. The first time one of these commercials was played, I felt somewhat comforted. “It’s nice to know companies care about their audience,” I thought to myself. What I did not realize was that advertising professionals all across the world predicted my sentiment all at the same time, confirming the “go” for these advertisements on their respective Zoom meetings.

One message made me feel hopeful. 10 similar messages made me feel indifferent. 50 identical messages caused me to feel annoyed and lose hope in the originality efforts of advertisers. Although the medium was correctly chosen for where I would see it, the repetitive message began to lose my interest. As I thought back to Marshall McLuhan’s then-groundbreaking phrase, I began to question what I’d learned.

What if the message was becoming of greater importance than the medium?

For as long as data has been accessible, aspiring advertising professionals and those in the industry prioritized market research and Nielsen data to find where people were consuming media in order to reach them there – perhaps out of our mutual belief that the medium was becoming more and more important. But what about these unprecedented times? Should our efforts stay the same even when the world is more different than ever?

What if – in the middle of a global pandemic, one which completely scattered all security and hope for so many – people today did not care if a brand was “there for them”?

I hope those reading do not mistake my choice to question this trend as a condemnation of companies seeking to meet their financial goals or continuing to reach their audience. After all, those creating these advertisements are humans, not walking companies. They may have been greatly impacted by the results of the pandemic and even felt insecure and scrambled. But when insecurity hits, perhaps it is not the message or the medium that falls short, but the prioritization of what’s most important.

What if rather than the medium or the message, that the audience – the people behind the screens, billboards, newspapers – was the driving factor behind all of it?

Here’s where I think it all comes together:

McLuhan had revolutionized the world of mass communication through his emphasis on the medium. His approach created an increased effect on advertising, allowing messages to land where people are most open to accepting it. However, over time, the messages started to lose depth (or even worse, in my opinion, gained false depth).

The balancing act of finding the right audience, creating the most impactful message and delivering that message through a medium that will reach them best is difficult, but one that agencies everywhere should be in pursuit of. Full-service agencies are perhaps most equipped to pursue this balancing act.

Data and analytics is a tool that should not be ignored in advertising (what vegan wants an ad for a butcher shop?), but the COVID-19 pandemic re-emphasized to me, and hopefully others in the industry, how important genuine interaction with real people is.

Perhaps unprecedented times call for unprecedented measures, such as finding new ways to gather information as to what people’s greatest needs are. Perhaps by listening to, rather than simply researching, others, advertisers can create a message that truly resonates with people. I believe this could be achieved by companies and brands embracing their unique capabilities – both what their product is capable of and how their employees present it.

Originality is preached to us often. “Be yourself,” “Express yourself,” and “Show your true colors” come across my phone screen on a weekly basis. I have found something that unifies almost all people is the pursuit of individuality.

Mass communication is a gift that ought to be used strategically. The message lands on the screens and pages of numerous individuals who all share a desire for connection and authenticity. Perhaps when businesses and brands embrace their humanness, which can be garnered by looking at people more than computers, they can make the impact they desire while fulfilling the needs of those who need it most.

While the medium and message are both vital, the audience should be the driving factor in choosing both of these elements, and advertisers can connect with these audiences by embracing a deeper, shared pursuit: individuality. 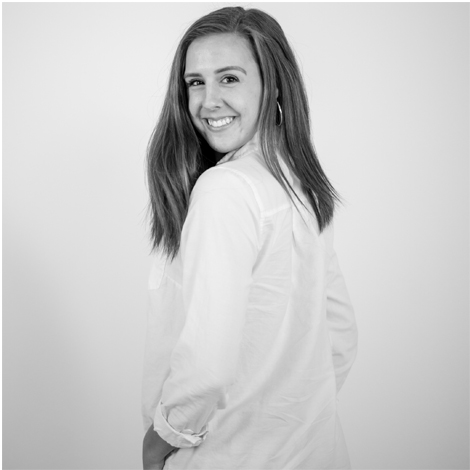