Whenever you start with a new company, you should seek openings and opportunities, unguarded hilltops and claim your stake. Eventually the attention will have to divert towards you. What makes the difference between good and bad company is what they do once you’re noticed and how long it takes.  Companies in trouble will have to deal with and through their administration. The good companies will be able to react almost instantly.  Once you leave the job, all those hilltops of attention will need to adjust, whether it is market, media, or work.

For example, the media was in line for massive market correction after January 20, 2021. FOX, OMG, LOL  and other networks were down massively in viewership according to, of course, Nielsen and the gang infiltrating your phones, hiding behind checkboxes.

Speaking of checkboxes people mindlessly check, Facebook is about to have a market correction of its own, instigated by the makers of iTunes Ping social network. Yeah, Google that load of data. Apple enforced this thing called, quote, privacy, end quote, but we all know it does not exist. If people wanted so-called privacy, they’d stay off the internet. So, Facebook yourself. You’ve been doing it for years.

That brings us to Google, that one guy in the office that can answer anything, except your questions.  Quora is responsible for answering questions. Let me Google that for you. So, market correction, in time of COVID, right? A guy walks into the office and one month later everyone has COVID and they are watching Tiger King, and Google lost $10 Billion in advertising revenue. Tiger King was good, though. It took five years to make it, in line with the Star Wars sequel trilogy.

Speaking of Star Wars and bad movies: James Bond, the new one, lost a mil every month it spent out of movies. Defeated by COVID. Ha-ha, Mister Bond. Tenet, a James Bond-like movie experimented with the virus and lost. If the producers could travel back in time and change things, they probably would.

Clearly, there is the need for clear communication, not just attention, especially when winter storms, big as Texas, hit, well, Texas: “One of the things we got to do is communicate a lot more…communications has been an area that we just simply did not do the job we needed to…Someone within the communications department of Oncor needs to be held accountable,” per @alereports. If only they had access to Facebook or Twitter. Many large corporations out there have no skills to effectively and efficiently communicate both internally and externally.

On one side, there’s a company that thinks it is completely covered in terms of communication and technology, and on the other side are the employees and consumers understanding how inadequate  their communication efforts and the technology actually is.

For anyone who signed a contract with a cable TV company, the feeling is the same. At first it is OK, but  as soon as those discounts start ending, it feels like bait-and-switch at that point. (wink). Find your place  in markets, media and your own work that will provide you with a stable platform, because those things  are important. 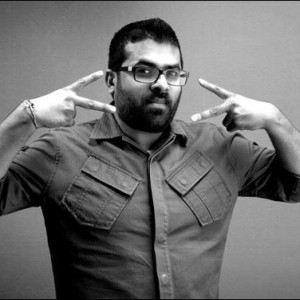