50.8 Percent of the Population

I don’t need to lecture you, and I won’t. We know that women, despite more recent efforts (relative to all of history, are still underrepresented at the conference table, despite making up technically more than half of the population.

If you do not identify as a woman, it’s highly likely that you at least know a woman. Perhaps you are a woman like me, who tries to focus your professional efforts on the tasks at hand and not let “being a woman” get in your way of anything you want to do in life. However, the world of advertising, which is steadily becoming more diverse, is urging us to not just “think like a woman” when it comes to our strategy meetings, but to actually invite women to the table, but not for the reasons you might think.

For business owners, advertisers, or anyone trying to present a product or service to the population at large, it is more important than ever to invite women into your conversations about targeting, campaign planning, and anything else that involves humans. As reliable as hard data can be, the decisions for an advertising campaign are still made by people, who are mostly men. 73 percent of the leadership at top advertising agencies are composed of men, according to CNBC.

While concepts of equality and fairness should be persuasive enough, let’s consider how this imbalance might negatively affect the actual work at hand: A burger restaurant wants to bring awareness to the fact that women are underrepresented in the culinary arts, despite a prevalent stereotype that women are the ones who cook at home. They are planning their campaign for the month of March, also acknowledged as Women’s History Month, and they decide they want to grab attention by tweeting “Women Belong In the Kitchen,” before later following up about a wonderful scholarship program they are offering to women who wish to pursue a career in culinary arts.

The result of this campaign? The tweet gets taken out of context (naturally), people develop a poor opinion of the company, despite its best intentions, and the tweet eventually gets taken down, with apologies issued instead.

This case has been used as an example of poor self-awareness, both as a company and with its audience. While certainly no guarantee, it causes me to wonder how this campaign could have gone differently if the company had invited more women to their meeting. Perhaps the idea could have been better developed and posed as a question and spin it on its head openly and honestly, such as “Do Women Belong in the Kitchen? Some Kitchen’s Don’t Think So.” Perhaps it could have focused on an entirely different target audience while still uplifting women chefs.

Any company that becomes an identifiable brand must be more aware of who they are as a company and who it is that is watching what they do. In this situation, the brand had little history of making social justice stands and their audience was simply too broad to land on women chefs as the target audience. While the intentions were good, the brand did not anticipate the potential backlash, though I would argue that a woman who is in touch with how the sentiment of the original tweet could be portrayed would have advised differently.

Not only is it a good idea to have women in the room when planning campaigns targeted at women, but it’s a good idea regardless of what’s being planned. While retargeting, geofencing and other fancy tracking tools can get specific and only appear to certain users, it’s likely to still come across the screen of a different, perhaps unexpected user. As much as “cancel culture” is looked down upon, companies are still well aware that they need to put their best foot forward when presenting themselves at all times. Well-roundedness should be present in the campaigns we plan, as well as the teams that plan them.

Miller Ad Agency has a well-balanced team that is able to think holistically about your company and your advertising efforts. Reach out today to see how we can best reach your audience and use data and personal experience to better enrich your campaigns. 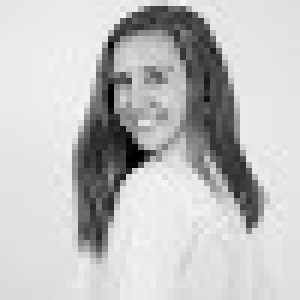